A Brief History of Me

I grew up in Michigan in a family of camping fanatics. I loved to read more than fish, so while I heard a lot of tales about the one that got away, I also read my way through the Sage Library, stuffing books under the seats of the car so I never ran out of reading material on our vacations.

I graduated college with a BA in English Lit, worked as a Production Editor for a medical/nursing publisher after marrying my husband, Jake, then did freelance copy-editing and proofreading when my kids began to arrive several years later. We now have four kids who aren't kids anymore. They are all officially adults, although my nest isn't empty yet.

I couldn't be a mom or a gardener, not to mention a writer or quilter, without the inspiration I find in nature and in exploring the wonderful world that surrounds us. I love to find stories in hidden corners and fantastic settings.

To see more inspirational photos, click the tab below. 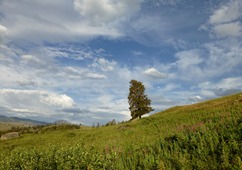 We moved from Pennsylvania to Texas in 2007 when my husband took a new job. It's been an adventure. Although we have less acreage than we own in PA, we do have a dream barn for our horses, and we've expanded our animal population to include fainting goats (yes, they do faint), llamas to guard the goats, chickens, and turkeys. I've also used all that compost to build several vegetable and rose gardens. I've also built a small greenhouse out of recycled glass blocks so I can have fresh tomatoes and herbs during the winter. Go to Quaker Goats and Horses for  pictures of our animals.

I still miss winter and snow, which if you are from the north you probably think is weird. But if "summer" lasted 8 months and had 60+ days over 100 degrees, you might long for a snowy or even a cool day, too.

Gracie, our newest baby. We adopted her in 2013, and we love her, especially when she smiles!
Gordon and Carson, getting along for a change.
Galaxy being happy as usual.
Sweetie Pie, Cricket, and Indie (when he was a colt), three of our horses. 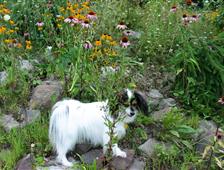 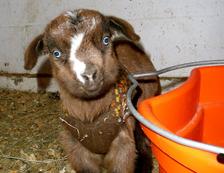 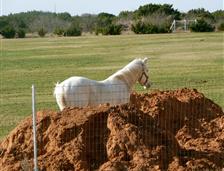 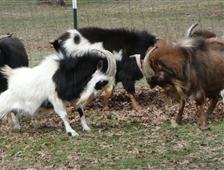 Leif and Comanche head butt their way to superiority.
I'm too cute for my sweater!
Myrna exploring the flowers and looking for toads. She's become an addict and can't stop licking them since we moved to Texas.
A white horse, Hobbes, and two piles of dirt. Guess what happened next?

Some of the Four-Legged Gang 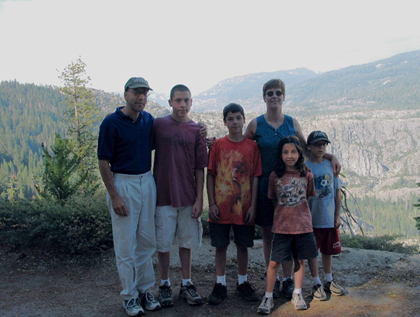 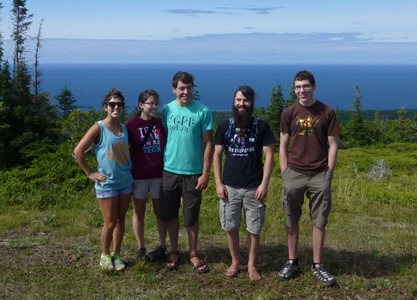 Family Is All You Need 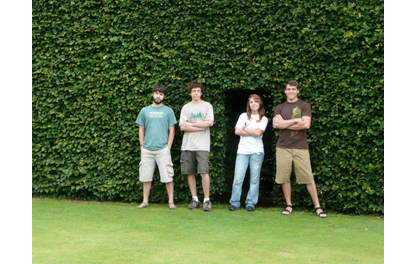 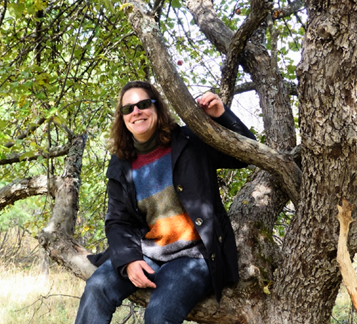 I'm not good at sitting still, except when I'm doing something creative, like writing or quilting. Or maybe sitting in a tree. I love hiking, horses, skiing, or just scrambling around in the woods. I love getting off the beaten path, and I hate tours unless they're the only way to see someplace. I'm the one who wants to sneak up the back stairs during the mansion tours to see how the servants lived, but since I always get caught at whatever I do that is remotely wrong, I don't do it. If it's important for research, then I'd ask to see it. Otherwise, that's what my imagination is for! 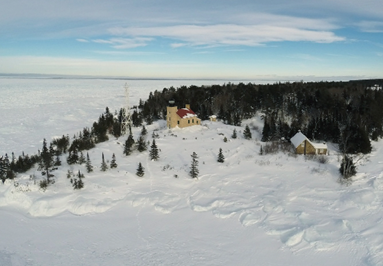 This is the Copper Harbor Lighthouse in the Upper Peninsula of Michigan, specifically at the tip of the Keewenaw Peninsula. My son, Nathan, does Kite Aerial Photography, which is how I got such a cool shot of the lighthouse. To see more of his fabulous photos (I'm not biased), go to Kite Aerial Photography with Nathan Invincible or connect with him on Facebook. 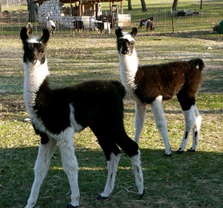 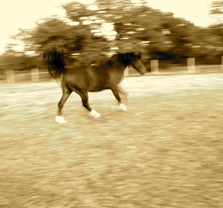 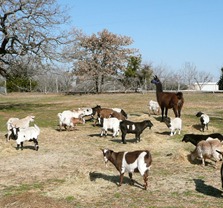 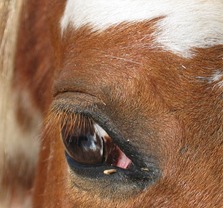 Pebbles and Bam Bam when they were young. Their mom is, wait for it, Wilma, and the male in their enclosure is Fred. His fur is reddish.
Barney is a great herd guard. Don't be messing with his girls!
Jazz likes to whoop it up.
Sweetie has the kindest eyes. She's my baby, even though she's twenty-two.

My second son, Ben, is a 3D digital artist, and this is one of his recent renders/sculpts based on a photo he liked called "A Veteran and His Wife." To see more of his renders check out his website, or his Facebook page where he posts most of his work. He has been doing freelance work since graduation and made me a cool sculpture for Christmas that he had printed on a 3-D printer (see image to the left). The medallions he designs are printed in the same way. 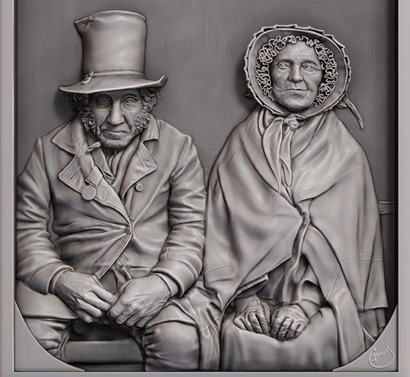 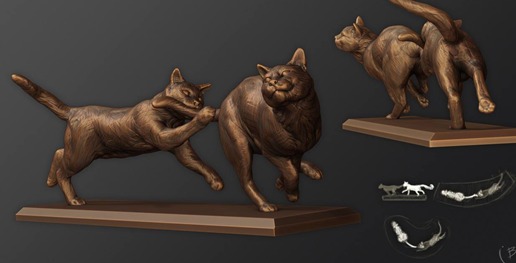 I decided that I wanted to be a writer when I was in fifth grade, which is also when I realized someone wrote all those wonderful books that I loved to read and that "someone" could be me! I haven't changed my mind.

Quilting wasn't something I thought I'd ever want to do. Ask my mother. She wanted to teach me to sew when I was young, and I refused. Later, I fell in love with counted cross-stitch and embroidery. Later still, I had four kids, and it was hard to keep the white background of my handwork clean with that many grubby hands trying to see what I was doing. Not to mention that the floss gets tangled.

So given my inability to do nothing and my creative, visual personality, I had to find something to do. I finally succumbed to quilting after several Halloweens had passed and I'd mastered sewing fur into costumes and I'd lost my fear of sewing. I had to teach myself to quilt because there were no guilds in the area, no YouTube then, and definitely no quilting shows on the internet. Books were it.

Since moving to Texas, I've been able to take classes and expand my skills. I've also found a wonderful guild. What I haven't found is a big SCBWI writing group in the area. I love the Austin group, but it's too far away. I still need to make the Dallas groups' meetings but eventually family obligations will be less and I'll get there.